On 28 August 2015 the UAE celebrated its first Emirati Women’s Day!

Women across the country came together to praise the achievements of Emirati females and their role in reaffirming the country’s pioneering development and progress, by championing gender equality and women’s rights.

Taking part in a number of cultural, athletic and social events, the women of the Nation commemorated the founding of the General Women’s Union in 1975 and paid tribute to the lifelong commitment of Her Highness, Sheikha Fatima Bint Mubarak, Mother of the Nation, Chairwoman of the General Women’s Union, Supreme Chairwoman of the Family Development Foundation and President of the Supreme Council for Motherhood and Childhood, to empowering women across all spheres of activity.

The National Olympic Committee (NOC) could, of course, not be absent from such a celebration. Taking pride in the inspiring efforts of female Emirati athletes, who are in latest years excelling in a number of sports, the NOC invited sports federations across the UAE to participate in a parade for national teams at the Yas Mall in Abu Dhabi.

In line with its mission to promote and further develop Emirati talent and with a view to honor and celebrate Emirati athletes’ achievements to date, the FBMA assumed a prominent role by contributing to the facilitation of the Day’s celebrations.

Furthermore, having recently established an Education and Research Department with the mandate to identify and fill existing educational gaps around physical activity in the country, the Academy utilized the event as a platform to launch a long-term survey that aims to study Emirati women’s exercising patterns. The survey studied a number of trends, as shown below, including how a woman’s age, marital status, education and work status relate to and shape her motivation to exercise. The survey also reviewed the time dedicated to physical activity, as well as certain cultural aspects that impact on a woman’s decision to participate in physical activity and sports, either as an athlete or as a spectator.

From the approximately 200 attendees of the event, the survey was taken by a random sample of 69 individuals from a wide range that included professional and amateur athletes, physically active and less active women, who were either participating or stopping by the event. The findings were interesting, as they revealed that the younger Emirati generation of women invests greatly in physical activity, especially in team sports. With 86% of the population under 30, preference was shown by 54% to exercising in a team, while team sports like basketball and football ranked very high as a way of exercising.

In terms of frequency of exercise 28% of the sample claimed to engage in physical exercise on a daily basis and 46% of the total at least 2-3 times per week. Finally, the research showed that Emirati women prefer to work out at a professional sports club, or at the gym, while outdoors activities are less preferred among different age groups.

Distribution of Participants by Age Group 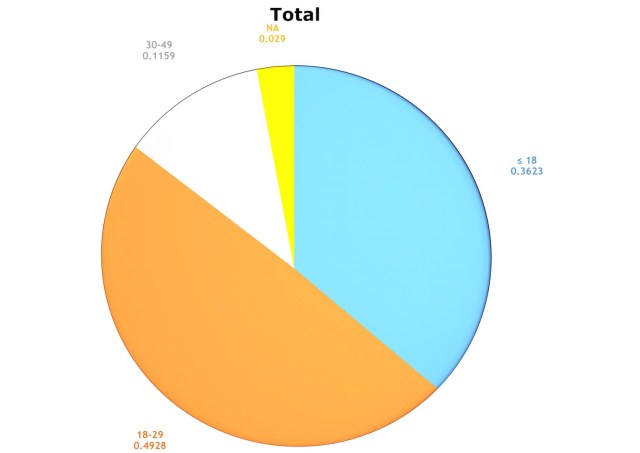 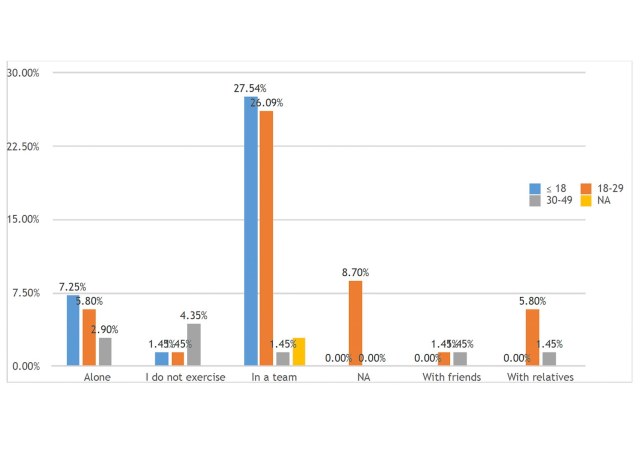 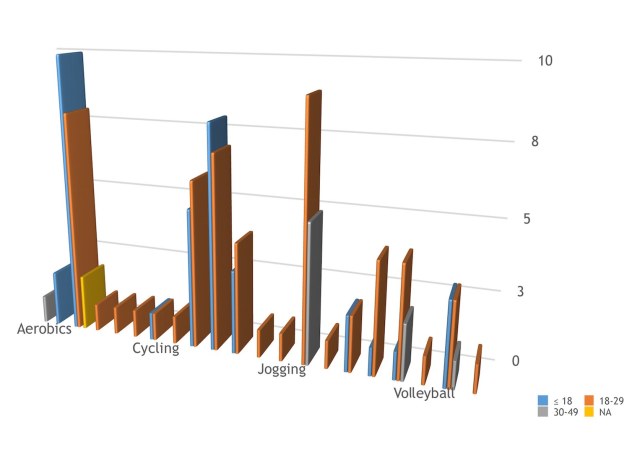 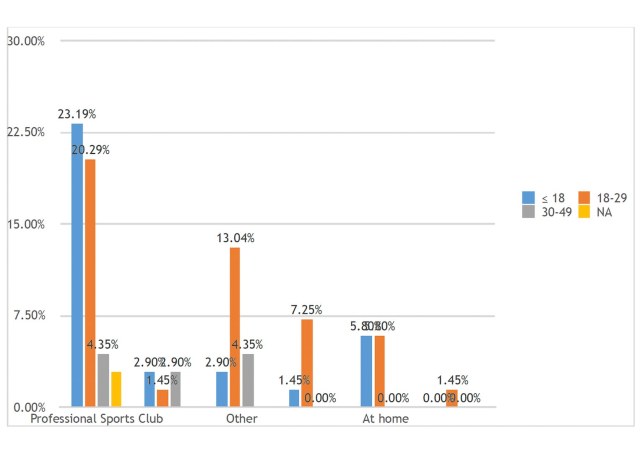 Frequency of Exercise by Age Group 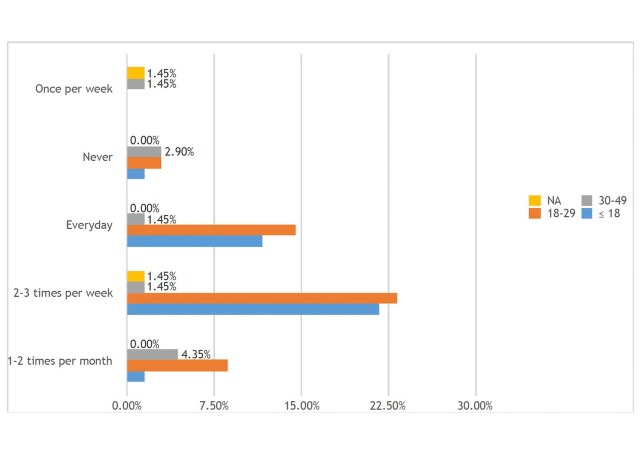